More Than Just a Shelter!  We are an Adoption Center, Sanctuary, & Hospice

Unable to adopt?  Did you know you can sponsor one of our rescues for as little as $10.  You CAN make a difference and you CAN be a part of these beauties recovery.  If you’d like to sponsor a rescue, make your donation and simply send us a note telling us who you’d like to sponsor.  It really is that easy. 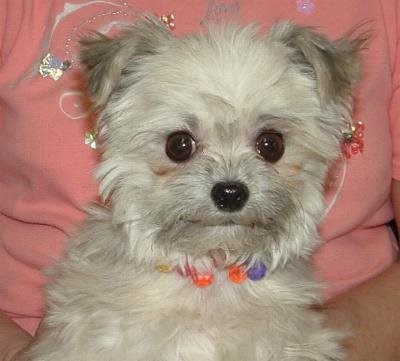 Twitter came to Pet Pals in October 2009. Relinquished  to us by a landlord, Twitter was abandoned in a trailer house with no food/water or heat source.  Being winter it was VERY cold. Twitter was covered in fleas and starving at only two pounds.

Following procedures, Twitter was vaccinated and was being evaluated since she was very fearful and would lash out with her teeth. In a few days, Twitter took a turn for the worse and became very sick. We had no doubt it was from the vaccinations.

Since that time, Twitter has had medical issues. To help Twitter have a will to live, she was carried around in a doggie bag. She developed Chronic inflammatory gastritis and inflammatory bowel disease. Twitter is closely monitored and often times (sometimes it is simply a visitor) that can upset Twitter and she starts to get diarrhea again. A special diet and medicines help Twitter continue to thrive. Her special diet and medicines get expensive.  How anyone could do this to such a little doll is beyond us. Thank you for helping Twitter!

Beans was brought to Pet Pals in September, 2006. Beans and his brother were confiscated from deplorable conditions. Children were also removed from the home. Being puppies they were happy and very active!

Both Pork and Beans were adopted within a couple months to the same family. Beans was later returned since two dogs became too much for them to handle.

After that time, Beans had several homes. He was returned for various reasons which were not his fault. One. homes’ larger dog became jealous and wanted to kill him. Another family turned Beans into a high kill facility and signed papers for him to be killed. Since, the husband signed our paperwork and the wife hadn’t, our contract for returning Beans to Pet Pals was void. The couple were divorcing. Luckily, due to a microchip registered in our name, Pet Pals was contacted and Beans was returned. Beans had a playmate who was also rescued from the high kill facility.  A veterinary investigation showed the only time the playmate had been to a vet’s office was when she was in convulsions after ingesting medical marijuana. The playmate, Jelly, was adopted into a wonderful home.

The shock collar resulted in Beans having major mental issues. He trembles, shakes and pants if he hears a beep that reminds him of the cruel shock collar. We often have to use medicines to calm him down.

Beans is now almost 13 years old! We are fearful that a new home will not understand his panic attacks and hurt him so he remains at Pet Pals. Beans LOVES to play with toys. Thank you to several people who have sent toys for Beans! 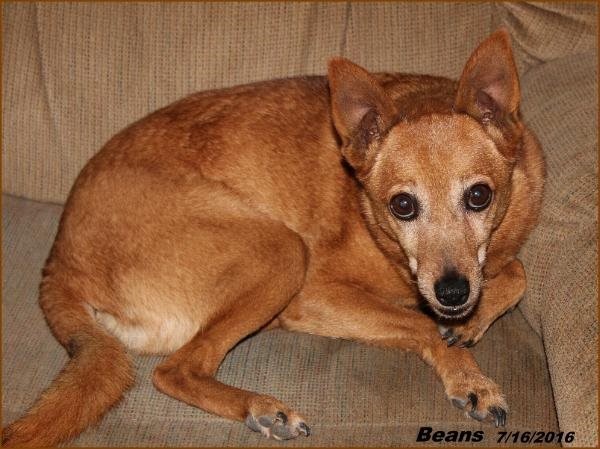 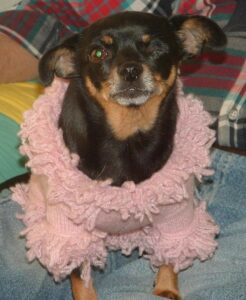 In March, 2007 Pet Pal received a telephone call from another rescue needing help with a dog that they couldn’t get out of her crate. The dog was so fearful she didn’t hesitate to try to attack them. The dog had been found living in an irrigation pipe by a farmer. When the gal from the other rescue, went to remove the dog, she was bitten. Of course, a veterinarian wanted to test the dog for rabies which meant death. Instead the rescue gal underwent rabies shots. Bless her heart!

With only one eye and it being close to Easter, we named her Peep! Peep has been a challenge and continues to try to bite us! Peep is now over 12 years old and has liver issues. Medicines are given daily. Peep has also developed a cataract in her only eye. She is almost blind. Peep never received an application from anyone wanting to adopt her. We suspect it is because of her wanting to bite!

Richard, once named Dillon,  came to Pet Pals in October, 2008. He was one of 138 with sever issues who were relinquished. Due to the large volume of dogs, other rescues were contacted to help. Richard was relayed to a rescue in Oregon. After being with them for a year, we found out he had yet to be neutered (against our contract) and they were going to kill him. Yes, a number of rescues kill in order to adopt out more pets and make more money! Pet Pals paid for Richard to be flown back from Oregon. He was immediately taken to our vet’s office to be neutered and have a health check.

Richard has remained being so fearful that he bites without hesitation. He is now over 12 years old and receives annual dentals. Muzzles are wonderful! 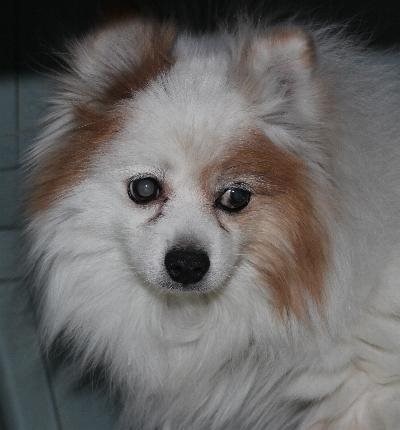 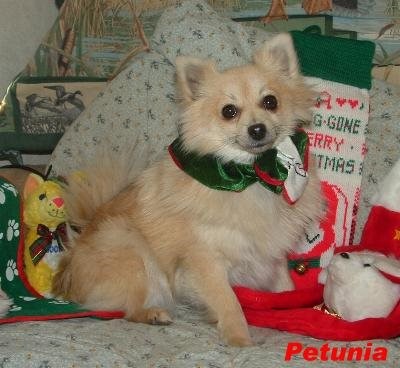 Petunia came into Pet Pals shelter in August, 2008. Petunia was adopted by an elderly lady whose daughter we had known for years and was in the animal field. What we thought was going to be a perfect home turned out to be a horror for Petunia.

Petunia was set on a TV tray hour after hour. Too scared to jump down or move she sat and trembled. Once taken outside, Petunia learned to run away from the lady as to not be put on that wobbly TV tray again. Being fearful, Petunia also started snapping at the lady.

When Petunia came back to Pet Pals, she cried so loud our tears ensured also. We promised Petunia  she would never be abused again. Petunia is now almost 15 years old and is in congestive heart failure. Petunia is on several daily medicines.

Dizzy was a happy girl after being brought to Pet Pals in November, 2006. She had been living outside in a snow drift. A neighbor alerted Dizzy’s owners’ landlord who threatened eviction if they didn’t get rid of Dizzy.

Dizzy was given to the neighbor and she was brought to Pet Pals.

References were verified and Dizzy was adopted to a gal who already had a small dog. We were surprised when the gal called a few weeks later stating that Dizzy was aggressive and the gal would no longer care for her.

When Dizzy was returned to Pet Pals, she was immediately taken to a veterinarian for documentation that Dizzy had been beaten. The adopter said she was “tapping” Dizzy on the nose when she had an accident on the carpet. Poor Dizzy didn’t know where the outside door was in her new home. She had been very housebroken. Dizzy was hit with such force both of her eyes were filled with blood. Patience and TLC brought  Dizzy back to her happy loving self.

Once a pet has been abused, they are not adopted again unless we personally know the people.

Dizzy is now almost 14 years old and has heart issues. Dizzy is closely monitored and given medicines when her coughing starts. She sleeps with Linda! 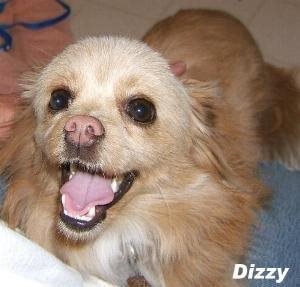 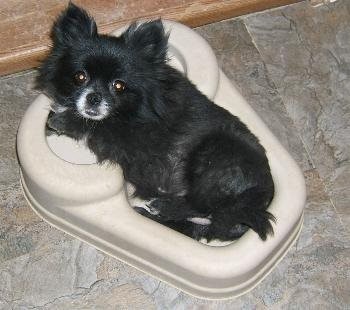 Lovey is one of the many Pomeranian’s relinquished to Pet Pals in September, 2008. Several of the dogs with issues were not transferred to other rescues, but were instead worked with by Pet Pals. Lovey became trusting and sweet in a short time. People came to Pet Pals to adopt her but she would have no part of it and constantly hid behind Linda. The sweet people adopted a small puppy and have continued to visit Lovey and help with the expenses for her care.

Lovey is now over 11 years old and still loves playing in water! Like a large number of her brothers and sisters, she has had health issues. A large number of these Pomeranian’s have passed away breaking the hearts of their families.  Our special thanks for giving them the life they would not have had if they hadn’t been adopted. They were all living outside and many of them froze to death. YOUR donations and support have given ones, like Lovey, the life they deserve!

Not Able to Adopt?  You Can Still Help. 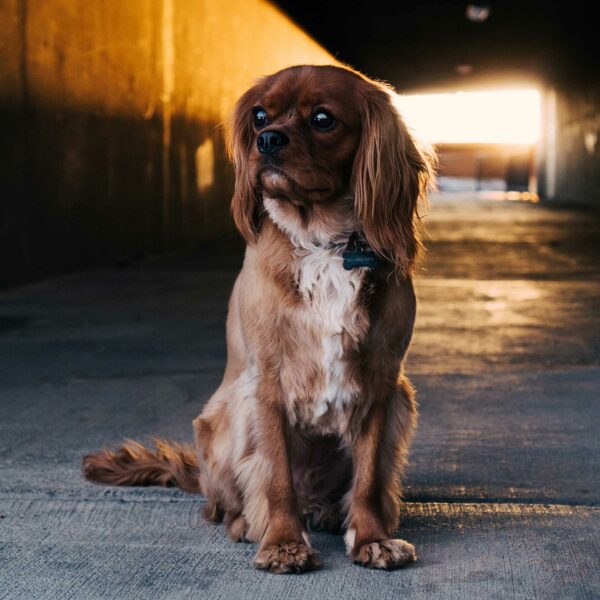 Quite literally – we can’t do this without your help. Your donations go to help provide medical care, food, and our badly needed supplies. Anything that you spend goes straight to the life saving work that we do. So please let us continue to help out the animals that need it!

A little goes a long way!

QUICK WAYS YOU CAN HELP 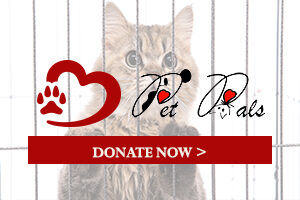 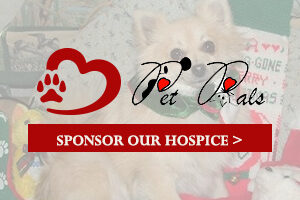 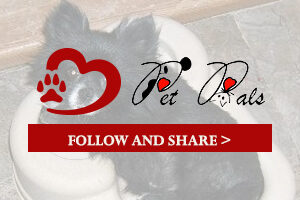